in the most beautiful hall in Tyrol

Try under the motto "Typically Tyrolean". we bring our guests closer to Tyrolean customs with conviction and joy. We attach great importance to the quality of the performance.

The Hauser costume group was founded in 1949 by the brothers Josef, Hans and Sebastian Hauser as a pure Plattler group. Other founding members were Engelbert Köck and Hechenberger Otto. In 1989, the group appeared on television for the first time together with the "Hahnenkamm Trio and the Kitzbühler Diandln". Here Karl Moik, as presenter of the "Musikantenstadl", was able to convince himself of the qualities of the group and since then the group has been seen again and again in various popular programs of European broadcasters.

Since 1975, the Hauser costume group has also had a youth group. The aim of the youth group is to teach children and young people between the ages of 6 and 14 the old traditional dances and Schuhplattler at the weekly rehearsals. 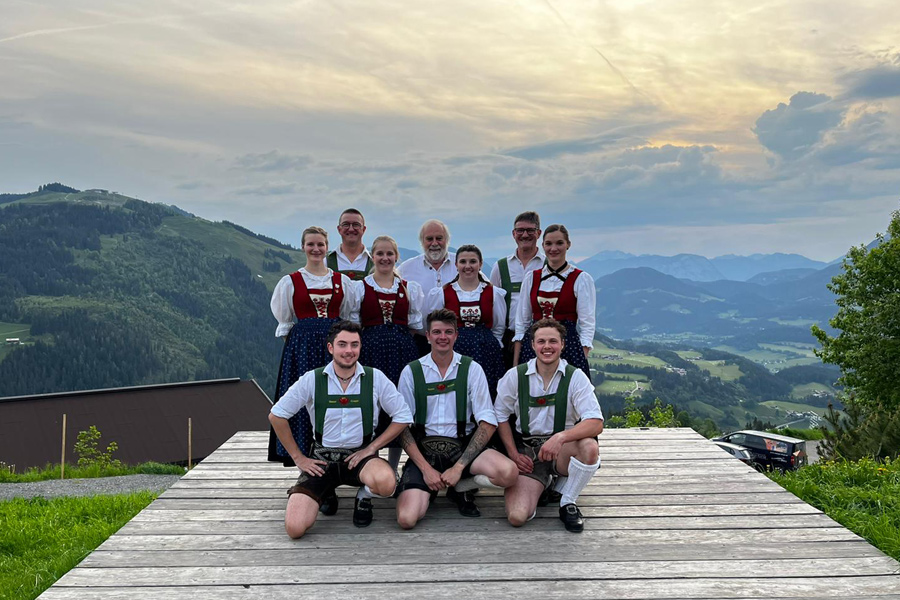 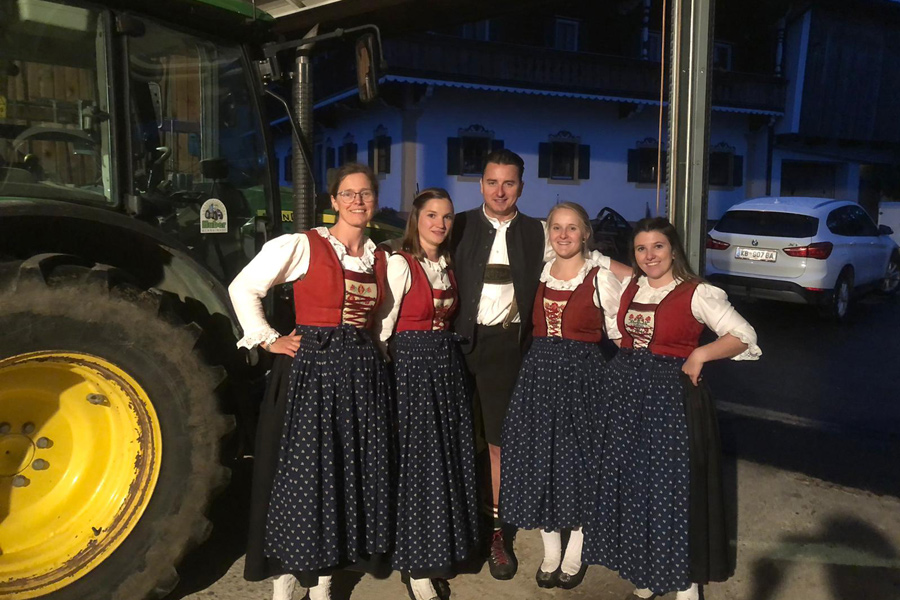 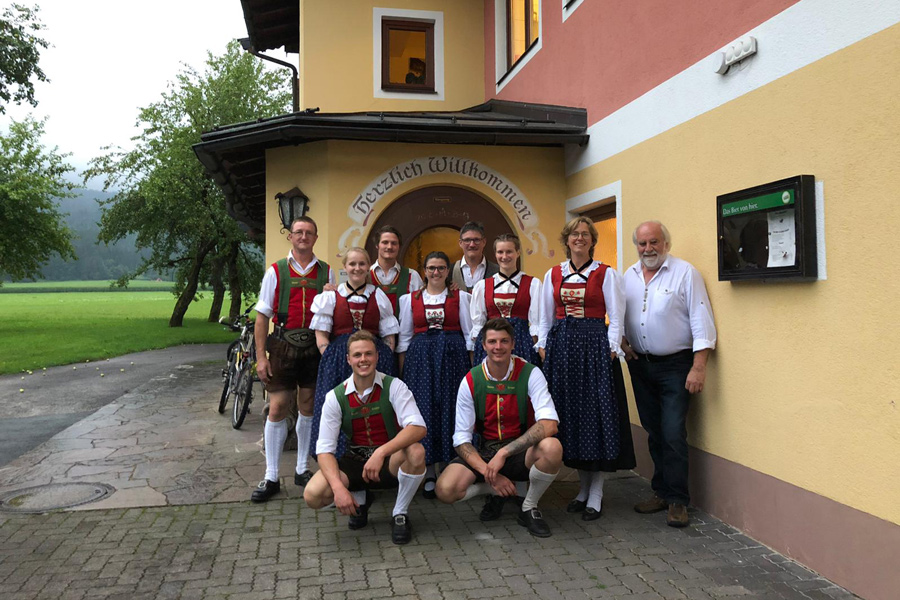 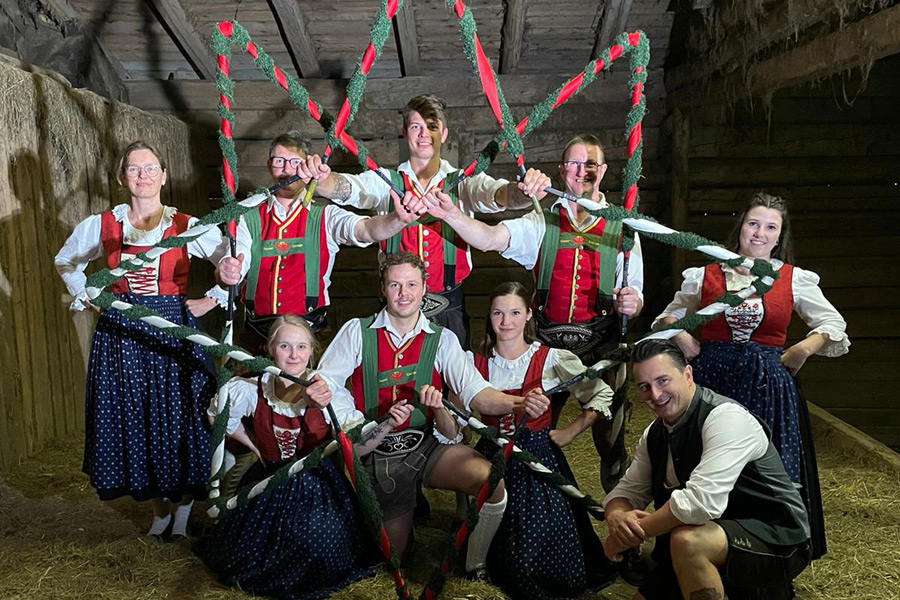 The chronicle of the traditional costume association "D'Koasara" Kufstein

In the year 1901 nine courageous, tradition-conscious men from Kufstein came together for a round table at the "Pfandlhof" mountain inn in the Kaisertal and founded the association "Koasarabuam".

The constitutive general assembly took place on August 7 of the same year.

At this founding assembly, Josef Greiderer was elected to the board, which he held until 1907.

1907 Peter Treichl was elected to the board.

1908 Peter Hauth became the new board.

1911 was the district association festival and the 10-year founding festival in Kufstein carried out.

According to the minutes of 18.01.1912 the name of the association was changed to Volks-Trachten-Erha Kufstein Training Association changed.

Lt. In the minutes of November 5th, 1914, the name of the association was again changed to Volks-Trachten-Preservationverein "D'Koasara" Kufstein, which still exists today.

1926 The memorial chapel on Calvary was handed over to the association by the Egger family, which has been owned by the Koasara ever since.

In 1931 the construction of a clubhouse began on the fortress (Lower Castle Barracks).

After the invasion of the German troops joined the Standschützenbund in March 1938. Sebastian Daxenbichler led the club until the beginning of the war, when the male members had to do service for the fatherland and many stayed in the field forever.

In 1947 the club was reactivated by Sebastian Daxenbichler and a few courageous idealists.

From 1948 to 1952 Ferdinand Egerth led the association as chairman.

1952 Otto Zöttl and 1953 Balthasar Luchner senior. Board of Directors.

Ernst Scheiflinger took over the management board in December 1974.

In 1976, work began intensively on setting up a youth group and has been pushed again and again since then . This youth group gave rise to the club's Plattler group, which is still active today and has made a name for itself for our club and our city of Kufstein, particularly through performances at home and abroad.

In December 1978 Herbert Amort took over the management board.

In December 1982, Hans Gogl took over the club, which he headed until December 1999.

Epiphany 1985 was the blackest day in Koasara club history. In the early hours of the morning, our clubhouse in the fortress fell victim to the fire devil. We were deeply shocked to see that decades of idealist work, the chronicle of which we were particularly "proud", as well as log books, pictures, certificates, documents, valuable documents, the flag and the entire facility were destroyed in a few hours. The Koasara, however, did not let themselves be defeated and after this major fire they really started working together.

So a new flag was immediately purchased and on 22. Dedicated June 1985.

On 30. November 1985 the new clubhouse was inaugurated.

Since December 2008, Harald Gogl has led the association as Chairman in the future. 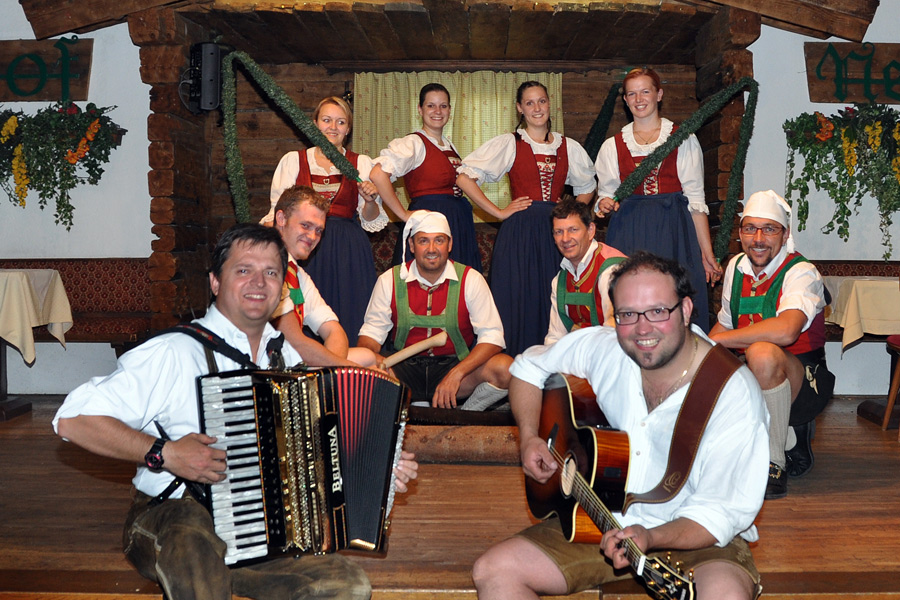 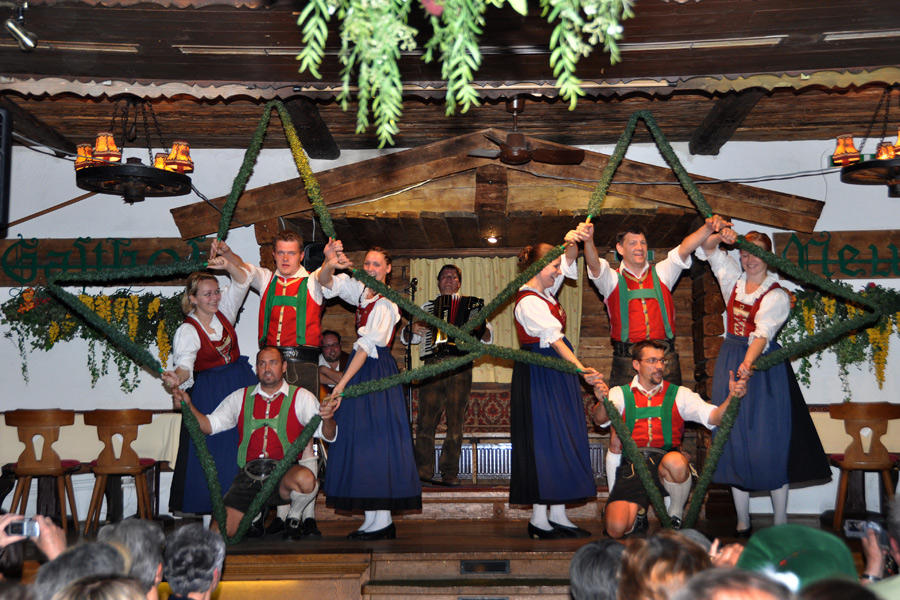 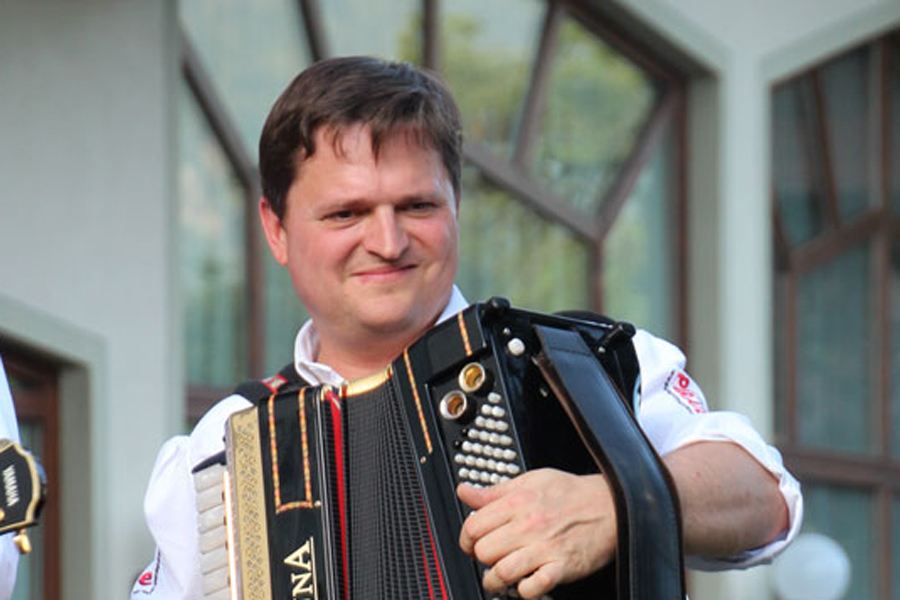 HUBSI, our man at the keys and buttons, plays accordion, keyboard, Styrian harmonica and bass. He convinces with his cheerful nature and is also the group's emcee. Hubsi amplifies the group with his deep, powerful voice. 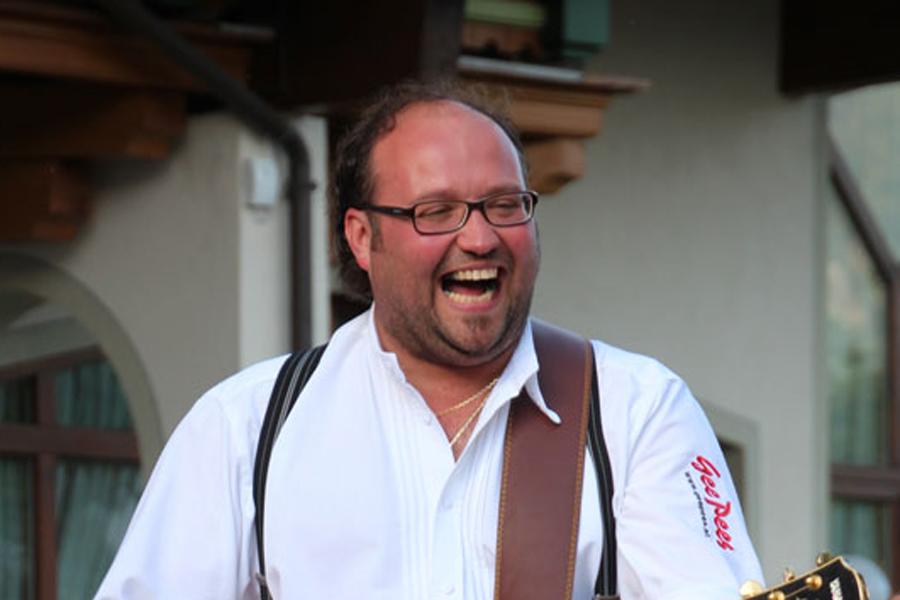 FLORI, the man on the sides, plays E and A guitar, clarinet, trumpet and saxophone. Flori is also the band's technician and is the lead singer of the Gletscherpiraten. 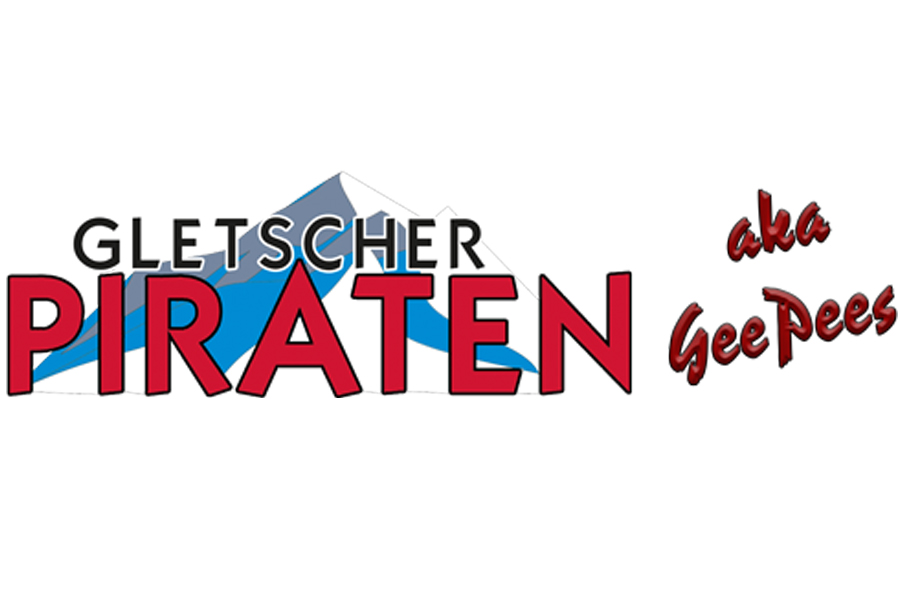 A guarantee of success for your event!

We would appreciate it: